One is obliged to take a literary tour around Moscow.

The book is set in 1930s Moscow and tells the story of the Devil’s visit to the very atheist Soviet Union.

Because it’s set in Moscow, you can easily go and visit some of these places. There’s over 20 different locations to see and they were either famous before, or became very famous thanks to the novel, like Patriarch’s Ponds and Sparrow Hills. 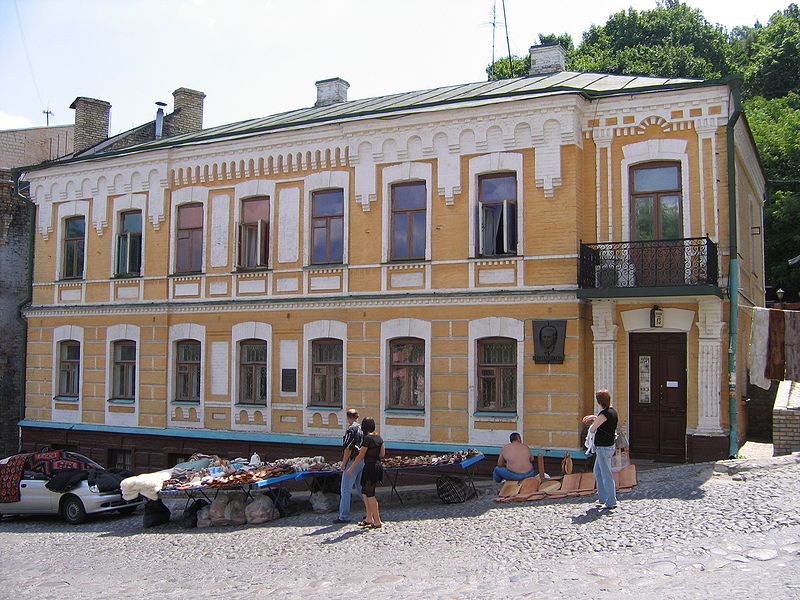 The Bulgakov House (Булгаковский Дом) on the ground floor contains personal belongings, photos and several exhibitions related to the author’s life while the Museum M.A. Bulgakov (Музей М. А. Булгаков) is in apartment 50 on the fourth floor, which claims to be “the first and only Memorial Museum of Mikhail Bulgakov in Moscow”, and contains various items and photos, similar to the Bulgakov House. There’s a rivalry between the two museums so you should probably visit both!

They can be found at 10 Bolshaya Sadovaya Ulitsa in Moscow.

Other areas worth seeing are the Alexander Garden, which was one of the first public parks in Moscow, Arbat, which is the most touristic street in Moscow today and the Spaso House on Spasopeskovskaya Ploshad. Spaso House has been the American Embassy since 1933 and a very famous scene from the book takes place here: the Great Ball at Satan’s.

You should also go and see the Torgsin store on Smolenskaya Ploschad. Torgsin is a Soviet contraction of the Russian for “to trade with foreigners” and was the name for shops where Russians could purchase “exotic” items that were unobtainable in Russia, like certain foods or items of clothing.

Related posts
Actors Who were Learning Russian for Roles and Just Because
After studying Japanese at university, I can say that Russian isn’t the hardest language to learn but it certainly isn’t the easiest either. ...
Read more
First hand experience: Moscow winter is NOT 365 days long
First hand experience: Moscow winter is NOT 365 days long As a foreigner, like many others I believe, I used to think that Moscow winter lasts ...
Read more
Light in Motion
XYZT Exhibit Moscow What is labeled at an art exhibition in Moscow’s BEREG district is, in reality a playground for children and adults alike. ...
Read more
Hello from Sara, a new Italian intern!
Здравствуйте! My name Sara, I am from Italy and I am a new intern at Liden & Denz school in Saint Petersburg.I am 23 and I just graduated ...
Read more
Destinations:
Russian courses:
Internships:
About Us:
Get in touch with us:
Email: [email protected]
Liden & Denz St.Petersburg
Ulitsa Zhukovskogo 3, 4th floor,
191014 St. Petersburg,
Russian Federation
Liden & Denz Moscow
Gruzinsky per. 3-181,
123056 Moscow,
Russian Federation
Liden & Denz Irkutsk
Gryaznova ulitsa 1,
664003 Irkutsk,
Russian Federation
Liden & Denz Riga
Raina Bulv. 31-5/6,
LV-1050 Riga,
Latvia
© Liden & Denz 2022