The Case of Anna Anderson and the Missing Romanov

You’ve probably heard about the missing Romanov children, the whole debacle as to whether they survived, leading to imposters and decades of speculation. The most infamous case is probably that of Anna Anderson.

Anderson came into the picture about two years after the fate of the Romanovs when she jumped off a bridge in Berlin. She awoke, lying on the embankment of the Landwehr Canal, surrounded by commotion and shouting policemen. She realized that they were shouting at her. In later recollections, Anderson asserts that she made a conscious decision then to not answer them. The police demanded to know – who was she, where were her papers, did she jump, was she pushed? They warned that she could be held criminally liable for not cooperating. She responded, ‘I have asked for nothing’ in German, with a heavy accent that people would come to mistake as Russian (it was probably Polish). 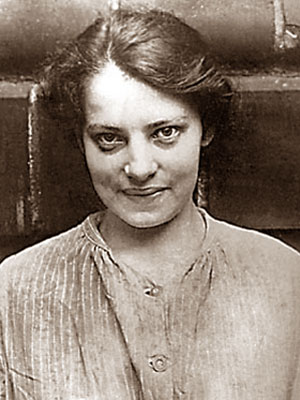 She was admitted to Elizabeth Hospital in Lutzowstrasse, where she remained for six weeks. She had no purse, no identification of any kind and her clothes were likely homemade. She remained as unforthcoming as she was when she was first found by the river, responding only with a defiant ‘No, I won’t tell you who I am.’ After six weeks, she was moved to Dalldorf Asylum. It was here where Anna Anderson first became associated with the missing Romanov. A fellow patient, Clara Peuthert most likely took Anderson’s refusal to talk about her past, her Something-Slavic accent and came to the conclusion that Anna Anderson was Tatiana Romanov.  Upon release, Clara sought out Russian expats, including friends of the Romanovs and former staff who were convinced of Anderson’s identity as the sole surviving Romanov. There was only one objection from a former lady in waiting to Tatiana who declared Anderson to be too short.

To which Anderson replied ‘I never said I was Tatiana.”

Word got around despite Anderson’s reticence. She was visited by a Captain von Schwabe who showed Anderson a list and asked her to cross off which names were not hers, rather than ask her out right who she was. The remaining name was Anastasia.

Anderson did not call herself a Romanov outright although she did acknowledge herself as Anastasia within close circles. Anna Anderson is actually a name she made up around the time she was released from Dalldorf. She was received at houses and castles of Romanov relatives and supporters, all while being investigated by private detectives and police. There was one instance in which an inspector convinced Princess Irene of Prussia to meet with Anderson at his home.  Princess Irene was Anastasia’s aunt and had not seen her for ten years. Anderson arrived first at the inspector’s home, not knowing she was about to meet. Irene arrived and was introduced under a false name so that Anderson could be examined. Halfway through dinner, Anderson furiously got up from the table and stormed off followed by Irene who demanded to know who Anderson was, doesn’t she recognize her? Apparently not.

When questioned about the incident, Anderson responded that she recognized Irene’s voice but couldn’t immediately place her as her aunt, they hadn’t seen each other in a decade after all. She was indignant, talking about how she didn’t appreciate being treated like a fraud, subject to investigation. In the following decades, she would be ferreted from house to house to castle, under scrutiny and speculation. Anderson’s most adamant supporter was Gleb Botkin, son of Dr Yevgeny Botkin who was also killed in the basement with the Romanovs. Botkin began a court case to legally verify Anderson’s identity as Tsaritsa Anastasia, enabling her to access the family’s assets. Relatives of the Romanovs were against this and fought Anastasia’s claim. The trial lasted 32 and ended with the conclusion that ‘Anderson could not be proven to Anastasia and she cannot be proven to not be Anastasia. Anderson herself offered no clarity, stating during a 1978 interview ‘How shall I tell you who I am? In which way? Can you tell me that? Can you really prove to me who you are? You can believe it or you don’t believe it. It doesn’t matter.”

Now we can prove who we are. In 1991, the remains of the whole family were found near Yekaterinburg. DNA was extracted from the skeletons and compared with blood from the British Royal family who are maternally related to the Romanovs. The remains were verified and compared with an intestine sample from Anderson who was found to be unrelated. The graves of Anastasia and her brother Alexei were found a few years later, a couple of yards away from the rest of the family.

Hi! I'm Rina, I'll be interning at Liden and Denz, St Petersburg. I am currently on summer break from University in Canada. Join me in my endeavours around town!

view image view more
Quest Games Sweep Russia!
So-called Quest Games, such as the ever popular Claustrophobia, are springing up all over Russia and Eastern Europe. This new type of interactive ...
view image view more
Gorky Park’s 90th anniversary: how to celebrate it
Moscow is about to celebrate the famous Gorky Park’s 90th anniversary. Read this blog post and follow me in the discovery of the ...
view image view more
The Sphinxes of St. Petersburg
As I was walking home last week, two large stone sphinxes on the banks of the Neva caught my eye. They exuded a sense of mystery and antiquity ...
view image view more
Jan Fabre’s Exhibition – Knight of Despair / Warrior of Beauty
The Hermitage has opened its doors to one of the most famous and most discussed artists of the modern art scene: Jan Fabre. His exhibition ...
Destinations:
Russian courses:
Internships:
About Us:
Get in touch with us:
Liden & Denz St.Petersburg
Ulitsa Zhukovskogo 3, 4th floor,
191014 St. Petersburg,
Russian Federation
Liden & Denz Moscow
Gruzinsky per. 3-181,
123056 Moscow,
Russian Federation
Liden & Denz Irkutsk
Gryaznova ulitsa 1,
664003 Irkutsk,
Russian Federation
Liden & Denz Riga
Raina Bulv. 31-5/6,
LV-1050 Riga,
Latvia
© Liden & Denz 2022
Email: [email protected]