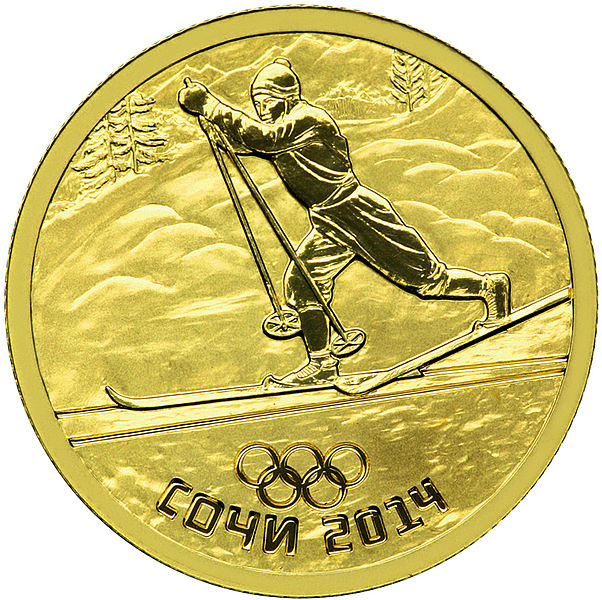 Everyone remembers the slight embarrassment Russia suffered when a technical malfunction meant the final Olympic ring didn’t open during the Opening Ceremony, but during the Closing Ceremony the organisers were able to laugh at themselves a little bit. They had a scene in which dancers recreated the opening of the rings and opened the final one really slowly, just for comedic effect!

These games were the most expensive Olympics ever, but Sochi proved to be worth every penny for incredible feats of endurance and skill, which saw Russia top the medal table by the end of the games. The host nation walked away with 33 medals, seven more than second placed Norway.

They may not have won the hockey like they wanted, but Team Russia won 13 golds, 11 silvers and 9 bronze medals, to earn first place out of a record total of 88 nations.

There may have been a lot of negative press about the games regarding the hotels not being finished in time and the slightly odd bathrooms but overall the games were a huge success, with the IOC (International Olympics Committee) President, Thomas Bach, declaring the games “a real special experience”. He also thanked Putin, who even managed a smile or two, personally for his contributions to the “extraordinary success”.

Russia did exceedingly well, with gold in the bobsleigh and a clean sweep of the podium for the 50km cross country skiing on the last day to end the games with a real dose of success!

As such, the Closing Ceremony had an atmosphere of pure celebration, with ballet from the Bolshoi Theatre, music by Rachmaninov and tributes to Tolstoy and Kandinsky.

As if getting to grips with the cyrillic alphabet

🎙️What is your name and where are you from?

THE ADVANTAGES OF LEARNING RUSSIAN ONLINE. . Our s

Liden & Denz is very proud to have hosted, jointly

Another video review of a happy student from Switz

view image view more
At the Bolshoi theatre: a place deserving its reputation!
At the Bolshoi theatre: a place deserving its reputation! The Bolshoi theatre is a world-renowned music hall and one of Moscow’s main landmarks. ...
view image view more
Korean Restaurants in St. Petersburg
Korean restaurants in St. Petersburg There are many Korean restaurants in St. Petersburg. Being half-Korean and having lived there some time, I ...
view image view more
London-Moscow
Hi everyone! My name is Lola and I am extremely excited to be joining the team of amazing bloggers at Liden and Denz! I will be spending the next ...
view image view more
A small dictionary of going to the barbers in St Petersburg
For a gentleman, straying away from your regular barber can be a pretty harrowing experience. It feels like cheating on your life-long companion. ...
Destinations:
Russian courses:
Internships:
About Us:
Get in touch with us:
Liden & Denz St.Petersburg
Ulitsa Zhukovskogo 3, 4th floor,
191014 St. Petersburg,
Russian Federation
Liden & Denz Moscow
Gruzinsky per. 3-181,
123056 Moscow,
Russian Federation
Liden & Denz Irkutsk
Gryaznova ulitsa 1,
664003 Irkutsk,
Russian Federation
Liden & Denz Riga
Raina Bulv. 31-5/6,
LV-1050 Riga,
Latvia
© Liden & Denz 2021
Email: [email protected]
This website uses cookies in order to offer you the most relevant information. Please accept cookies for optimal performance.Yes, I accept Cookies.